When my team first approached me with a personalized logo and an idea to create a line of branded merchandise, I was incredibly humbled.

I considered the idea, and then agreed on one condition – all net proceeds must be used to support our charitable causes.

With the Diamond Resorts Tournament of Champions raising money for Florida charities, my first thought was that these items should also benefit the causes I am passionate about.

As a result, 100% of the net proceeds generated by these items will benefit the Diamond Resorts International Foundation, a 501(c)(3) charity that supports numerous charitable causes, including underprivileged communities, military veterans and others in need.

Since 2013, the Foundation has helped countless local, national and global charities, including donating more than $3.5 million to children’s hospitals in Florida.

These items will be on sale on-site during the Diamond Resorts Tournament of Champions, and online afterwards as well. I appreciate your support and hope anyone who purchases an item from this clothing line can wear them proudly, knowing that your purchase helped to make a difference.

Watch the video below for some behind-the-scenes footage from my photo shoot where I introduce this new line.

In less than three months, we’ll be joining LPGA Tour champions and world-class celebrities in Orlando for the 2020 Diamond Resorts Tournament of Champions – and we can’t wait to welcome everyone to the course.

The tournament is the LPGA’s season opener and a true winners-only event, with only LPGA champions from the previous two seasons qualifying to play. Plus, there’s an entertaining twist with a roster of sports and entertainment celebrities playing alongside the pros. It’s unlike anything else fans have ever experienced.

We’re counting down the days.

Recently, I had the opportunity to join CBS Orlando’s “After the Whistle” program to share a story about our tournament’s new Executive Director, Aaron Stewart.

Aaron, who joined me on the program, was promoted last month to our Vice President of Sports Marketing to lead the team who runs this incredible event. He is a good friend of mine, incredibly talented and brings a true passion for golf to this role.

Aaron is the son of late PGA Tour icon and World Golf Hall of Famer Payne Stewart, who won 11 PGA Tour events, including three major championships. Prior to joining Diamond Resorts, Aaron had followed in his father’s footsteps of playing golf at the collegiate level and was Team Captain for the Southern Methodist University men’s golf program.

After finishing, he grew with us to serve as a National OPC Program Manager, and then Regional Marketing Director before taking a brief hiatus to travel the world with his new wife. He returned to Diamond in March 2019 as Director of National Partnerships, becoming an integral member of our Diamond Resorts Tournament of Champions team, before being promoted.

I am personally excited to watch Aaron continue to grow and know the tournament will see continued growth under his leadership.

You can hear more about his story and what to expect in 2020 by watching the full program clip here.

Life has a strange way of always coming full circle.

I’ve spoken a lot about my time at Limestone College, where I had the incredible opportunity to play baseball under Hall of Famer Gaylord Perry.

Over the years, Gaylord has become more than my college baseball coach; he is my greatest mentor and a lifelong friend. He was the best man at my wedding and has supported me throughout my career. Now, we’re going back to Limestone together to support the next generation of talented baseball students.

With help from Limestone, we created the Gaylord Perry Scholarship to provide one talented baseball junior or senior with a full scholarship to cover the year’s academic costs. The young man selected this year was an NCAA Division III First Team All-American last season and played in the Junior College World Series. He has a bright future, and we are excited to help with his journey.

It was an exciting moment that I’m sure this student won’t forget.

Gaylord and I also spoke with Scott Powell from the Gaffney Ledger newspaper about the scholarship, our history together and what’s next for Diamond Resorts and Limestone. We shared details about Diamond’s Limestone Internship Program, which offers students a chance to explore different career options while gaining real-world experience.

“It’s very exciting to know outstanding players will have an opportunity to come to Limestone to get an education and play baseball,” Gaylord told the newspaper.

And that’s what this scholarship and internship program is all about. We’re helping students do what they love, finish their degrees and prepare for a successful career in whatever industry they choose. 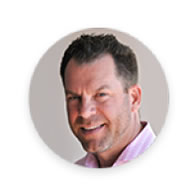 Get to know
Mike Flaskey

Mike Flaskey on Mornings with Maria 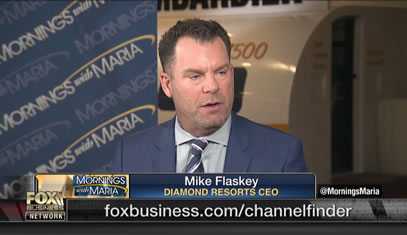 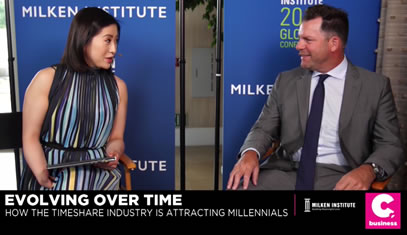 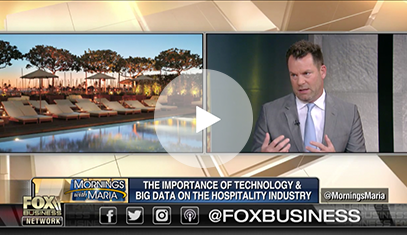 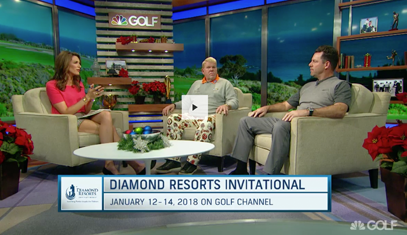